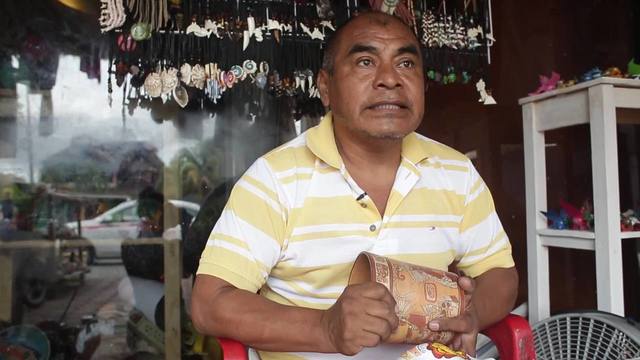 A note on Día de muertos

In recent years, the Mexican celebration known as Día de muertos (Day of the Dead) has gained considerable popularity. The recent release of Coco, a Pixar animated movie inspired by this tradition that has been heavily marketed for Thanksgiving 2017, will likely consolidate the place of this holiday in the mainstream for many years to come.

Día de muertos is mostly aimed at honoring and remembering friends and family members who have died. In Mexico, Día de Muertos  — largely celebrated Nov. 1 and 2 — is a syncretic holiday that goes back thousands of years to some pre-Hispanic civilizations including the Olmec, Zapotec, and Maya, but that is also intertwined with Catholic traditions brought in during the Conquest. For this reason, the celebration has both religious and cultural tones, and many regional variants only inside the Mexican territory! For example, people from the state of Michoacan call this celebration Animecha Kejtzitaka (the night of the dead) following indigenous Purepecha traditions, while Mayan people in Yucatan call it Janal Pixan (the food of the dead), a communal festival that lasts several days.

Don Salo, an artisan from Yucatan, talks to us about Janal Pixan:

Here it's called Janal Pixan. In Mayan means "food for the deceased."

He even mentions Xibalba, the name of the underworld in K'iche' Maya mythology:

...and succumbed in this life, to go on to the Xibalba, to the underworld.

Nowadays the Día de muertos celebration in Mexico is still deeply rooted in religious practices, but it has also evolved into an important secular holiday, with distinctive elements and practices that are shared across the whole country and some US southern regions at least since the year 1900. One of these elements is el altar de muertos or la ofrenda de muertos(the offering to the dead), which is set up to honor the memory of a deceased person. Some of the most common elements that you will find in a Mexican altar de muertos are: papel picado (decorative pierced paper), marigolds, sugar skulls, candles, pan de muerto (bread of the dead), salt, water, and traditional food.

Our friend Meli shares a very contemporary take on Día de muertos while showing us how to make papel picado:

Meli is also aware that different people in Mexico have different Día de muertos traditions, an important thing a language learner interested in this cultural celebration must remember:

In some places in Mexico, people spend part of the night at the cemetery.

By the way, the words panteón (from Greek pantheon), cementerio, and camposanto all mean "cemetery" and they are all very common in Mexico. Many other words like tumba (tomb), sepultura (entombment), enterramiento (burial), etc. are also used to talk about the death... and joke about it. One such expression is levantar al muerto (to raise the dead) which literally means "to resuscitate" but it's also commonly used to refer to hangovers:

Some good chilaquiles raise the deadest of the dead (cure the worst hangover).

Keep in mind that, even though the Mexican Día de muertos is the most well-known rendition of this holiday, this celebration is also important in many other Spanish speaking countries, each with its own particularities. Our friend Julia, for example, tells us that in Ecuador people customarily drink colada de mora (blackberry smoothie) for Día de muertos:

...and that in Ecuador and in other countries is consumed on November second every year, the Day of the Dead.

Have you witnessed a Día de muertos celebration while traveling in a Spanish speaking country? Share your stories with us on twitter @yabla and send your topic suggestions to newsletter@yabla.com.